5 Airlines in the Aviation Industry You Haven’t Heard Of

The talk of New Airlines in the Aviation industry isn’t quite the buzz as a new destination or a new app. For most travelers, there is always a toss-up between two or at most three airlines to choose when commuting by air.

Last year, Singapore airlines took home the best airline awards at the 2018 World Airline Awards with Qatar Airways and Nippon Airways coming in as second and third. These awards might nor mean much to we travelers but it’s data points for aviation marketing buffs.

Where will tomorrow take you? Today is still young so let’s talk about today.

Whether you are angered at the rising baggage fees being levied by major airlines or had a bad seating experience on a designated flight or simply looking for a new experience, this list of 5 airlines in the aviation industry you haven’t heard of is the Calvary you have been expecting. 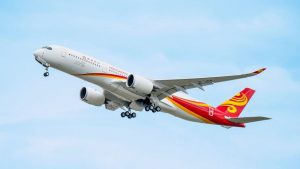 French bee is a new airline out of France. It has been touted as the first low-cost, long-haul-only airline. French bee’s goals are simple; connect travelers to distant cities across the globe. French Bee is expanding its tentacles in the U.S, with San Francisco as its only route at the moment. French bee also flies to Punta Cana, Tahiti, and Reunion Island and other exotic destinations. While we can’t call French bee ‘the complete airline project’ yet, the airline is pulling all stops to make their blue Airbus A350 jets a mainstay at some of your favorite airports. If you are looking for a low-cost long-haul carrier, then the French bee is your choice.

The level is the brainchild of two major airlines; the IAG Group’s British Airways and Iberia Airlines. After a decent launching in 2017 in the U.S with flights from Los Angeles, San Francisco, and Boston to Barcelona, the airline has begun to spread eastward with New York, and Paris bound flights. Level offers a more nuanced economy section with enough legroom and larger seats (which is quite the deal).

Air Italy brought all the fanfare with promises of becoming Italy’s top international carrier. Quite the ambition of a new airline, if you think of it but not so far off the concept as Italy’s premier carrier Alitalia is embattled with several issues and staring at cessation right in the face.

Air Italy wasted no time in joining forces with Meridiana and Qatar Airways. This collaboration means sufficient cash, a fresh fleet of planes and access to more routes. Air Italy has its main base in Milan. Using the Airbus A330, Travelers can fly to New York and Miami in style. They plan on adding other planes such as the 787 dreamliners and more.

Launched in 2002, Air Astana is Kazakhstan’s flag carrier. Except you are quite the nomad, you may have never heard about Air Astana. In less than 20 years, Air Astana is known for its friendly staff, new, and highly maintained planes, and unmatched service. Air Astana is rated 4 stars out of 5 on Skytrax’s website and also been named the best airline in India/Central Asia.

Most of these airlines have a market cap of more than $3 billion, so there is no room for errors. The Aviation industry is not for the faint-hearted, but these emerging airlines are doing all the right things to ensure they become the traveler’s favorite.

Demi is a professional writer, published author, and digital marketing aficionado for Liveandwingit Digital marketing agency. Het has explored several opportunities across the internet ecosystem. When Demi is not crafting mind-boggling content, he is binge-watching Game of Thrones, Money Heist and Suits.

How to Find Copywriting Jobs In Nigeria

FRONT-END DEVELOPMENT SKILLS TO LEARN IN 2022

What Do Healing Crystals Do?

7 Fascinating Destinations to Visit In The World

HOW TO CREATE JAMB PROFILE CODE

ALL ABOUT INSOMNIA AND HOW YOU CAN TREAT...

Anyway – to keep this short. Could you please let me know if this is a right address for and editorial inquiry?

If not, I would appreciate if you can direct me to the right one.

I know that has a great potential an a real base of visitors so I would really like to start a collaboration with you. Could you tell me if you would be willing to accept any type of guest post, editorial or or other form of link placement?

Seeing that it’s pretty hard to match your writing style, I think it would be a lot better if you could include a link to our website into a new or even older article of yours, for a fee.

If this sounds like something you could do, simply reply to this email, tell me your guest post or external link policy and the price to have our website promoted on yours, and let’s make a deal! 🙂

Hi there, Welcome to Liveandwingit Marketing and Copywriting.I am Demi - the Lead Partner at Liveandwingit Marketing and Copywriting (Nigeria) – a company that offers several business development, content development, market research related services. Need a business plan, SEO content, feasibility studies, white paper report?You are right where you should be!!

KEEP IN TOUCH WITH ME