How to Start a Cassava Flour Business in Nigeria

Heard a thing or two about the cassava flour business in Nigeria and don’t know where to start from or if it’s even a profitable venture?

Read and download a business plan at the end. 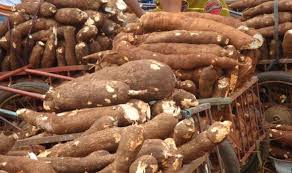 Cassava flour is a relatively inexpensive source of starch. It is widely used as a feedstock for animal feed and starch extraction. There are two ways of obtaining the money you need to start a cassava flour processing business: through your own funds or through a loan.

Cassava flour is a relatively cheap source of starch

Cassava flour is a cheap and gluten-free alternative to wheat flour. It is made from the dried ground root of the cassava plant. Its properties are similar to those of potato and yam, making it an excellent alternative for vegetarians and vegans. It is also grain and nut-free, making it a convenient choice for those who are avoiding wheat, dairy, or soy. Cassava flour is also suitable for people who are on a paleo diet.

In Nigeria, the cassava industry has benefited from a relatively cheap source of starch. Nigeria’s government is funding the processing sector of cassava, making government loans and subsidies available to farmers faster. The government has a program to make cassava flour cheaper and more accessible to low-income households.

In Nigeria, cassava starch is used to make glucose syrup and crystalline sugar. These products are used for traditional medicines and candy. The low cost of cassava starch makes it a suitable raw material for domestic sugar and glucose syrup industries. It is also used in the dusting and coating of tablets.

Cassava is a highly versatile crop that grows in almost any climatic condition. Its availability has made it an important staple crop in many tropical regions. The crop is highly nutritious and rich in carbohydrates. As a result, it is a good alternative to imported starch.

Cassava stems have also been overlooked in starch production, but they are an important part of cassava production. The stems contain up to 30% of the starch content. Most of this starch is found in the xylem and phloem tissue and is easily extracted through simple water-based methods. The stems can also be used for biofuel production without expanding the land. They can be dried, chopped and mixed into silage.

It is a staple food in Africa

The cassava tuber is similar to the sweet potato and is high in carbohydrates. Its leaves are rich in protein, and the tuber itself can be processed into flour and animal feed. It can also be used as a paper-making material and gum. Cassava is a staple food in Africa and has become a valuable food source for those living in poverty.

The cassava plant is one of the most versatile crops in the world. Not only can cassava be processed into flour and starch, but the waste from the processing of cassava can also be used for animal feed, glue, and pharmaceutical ingredients. The cassava plant is native to South America, but was introduced to Africa by Portuguese traders. Today, it is one of the main sources of carbohydrates for most African countries.

Ugali is a dish made from cassava flour and corn flour. It is commonly known as nsima in Malawi and Zambia, and is eaten with vegetable soup. Teff flour is another food product processed from cassava and is used in making injera, an Ethiopian sponge-like bread. Both cassava flour and teff flour are gluten-free and are a staple food in African and Latin American cuisines.

Another staple food in Africa is millet, a native grain of East Africa that was domesticated by the Ethiopians. It grows well in most soil types and is resistant to drought. It is also a valuable crop in semi-arid areas, and is commonly grown on communal fields.

It is a popular feedstock for starch extraction

Cassava is one of the major crops grown in Nigeria. The country is able to harvest cassava throughout the year, allowing for year-round processing. This is a distinct advantage, as many other countries that process cassava must shut down for up to four months. Cassava production is a significant source of employment income and can be harnessed to boost the economy.

Cassava flour is a highly affordable source of starch. It can be processed into high-quality starch in less than 24 hours. Its low-amylose content makes it a good candidate for use in domestic glucose and fructose syrup industries. The starch produced can also serve as a feedstock for large-scale factories.

The cassava root is harvested and dried. The dried cassava root is sliced mechanically, and sun-dried to a moisture content of about fourteen percent. This form of cassava is more stable than raw cassava and can be transported more cheaply. The recovery rate of chips from roots is about 20-40%. The unsorted roots are brown in colour, high in fibre, and high in hydrocyanic acid.

Among its many uses, cassava flour is used in the pharmaceutical industry as a filler material and as a binding agent in powder formulations. In addition, cough syrup manufacturers import both liquid and crystalline glucose from Corn Products Corporation. They also use cassava starch in their manufacturing processes because it is inexpensive and high-quality. Furthermore, cassava starch is widely used in the pharmaceutical industry as a dusting agent and coating agent.

Small-scale centers handle the majority of cassava processing in Nigeria. They employ around 3 million people and generate less than five tonnes of high-quality cassava flour per day. Medium-sized and large-scale processing facilities struggle to stay afloat due to high transportation costs and poor rural roads. Many of them also operate at a below-capacity rate, meaning that the product doesn’t reach the processing plant within a two-day shelf life.

It is a popular feedstock for animal feed

Another thing to know when starting a Cassava Flour Business in Nigeria is Cassava is a staple crop with many uses. It is grown in many parts of Nigeria and is often used for animal feed. Cassava production is very lucrative and is a source of employment income. The government of Nigeria is attempting to harness the power of cassava in order to boost the nation’s economic development.

In addition to its use in animal feed, cassava flour can be used in bread production as a partial substitute for wheat. It can also be used in making biscuits, pastries, and snack foods. With its versatility, cassava is a viable alternative to imported materials. The scientific community and the general public will benefit from a review of cassava as an industrial feedstock in Nigeria.

The Food and Agriculture Organization of the United Nations estimates that Nigeria produced 34 million tons of cassava in 2002. Since 1980, the country has maintained steady production, largely due to the introduction of improved varieties. The country is one of the world’s largest producers of cassava.

Cassava flour can be produced at a significantly lower cost than wheat flour. The country has one commercial cassava ethanol plant in operation, with two more planned for the next year. Other companies are planning to refine cassava flour directly into glucose syrup and maltose, which will cut production costs by $100 per ton.

Cassava mash is a common feedstock for poultry and pigs. Its use as a feedstock has increased dramatically in the last three decades. Millions of packs of cassava flour are produced each year.

It is a common feedstock for industrial products

Cassava flour is an important feedstock for the bread and biscuit industry in Nigeria. It has good baking properties and can be used as a substitute for wheat flour in many products. Research bodies have suggested that it can replace 10% to 15% of wheat in bread. However, this would require an overhaul of production units.

There are several distilleries in Nigeria using cassava flour to produce alcohol. However, the yields are not as high as desired due to increased waste, blockages of heat exchangers, and long hydrolysis times. However, with proper mechanization, these challenges can be overcome. Once the cassava flour is processed, the process can produce large amounts of industrial alcohol and organic chemicals.

Cassava starch is used in the manufacturing of paper and other products. It can be used for adhesive tape and magazine paper. It can also be used for textile sizing. It is also used as a raw material for paperboard and plywood.

Cassava starch is also widely used in the pharmaceutical industry. It is a good filler material and serves as a binding agent in powder formulations. It is also imported by cough syrup manufacturers as liquid or crystalline glucose. The cough syrup producers need cassava starch because it is inexpensive and high quality. In addition, cassava starch is used to dust or coat tablet products, making it a versatile feedstock for industrial products.

Cassava is a native of most countries in Africa. Nigeria’s cassava products can be processed into many different types of products. However, the differences in physical and chemical properties have yet to be studied using standard scientific test methods. Cassava processing enterprises should be committed to quality and have the necessary processing machinery and technical expertise to make high-quality cassava flour.

Now that you know how to start a Cassava Flour Business in Nigeria, you should get a business plan to kickstart your enterprise.

Above is a part of the Cassava processing business plan template in Nigeria. In case you need the complete business plan, follow the procedures to download it.

Pay the sum of N5000 (Five thousand naira only) to the account detail below:
Bank: GTBank
Name: Oyewole Abidemi (I am putting my name and not our company account so you know we are real people and you can trust us)
Ac/No: 0238933625
Type: Saving

Thereafter, send us your email address through text message to +234 701 754 2853. The text must contain the title of the cassava production business plan you want and also your email address. Immediately after the confirmation of your payment, we will send the Cassava Flour Business in Nigeria to your email address where you can easily download it.

Demi is a professional writer, published author, and digital marketing aficionado for Liveandwingit Digital marketing agency. Het has explored several opportunities across the internet ecosystem. When Demi is not crafting mind-boggling content, he is binge-watching Game of Thrones, Money Heist and Suits.

How to Start a Microfinance Bank in Nigeria

Statement of Purpose for Psychology

STATEMENT OF PURPOSE FOR SOCIAL WORK

Hi there, Welcome to Liveandwingit Marketing and Copywriting.I am Demi - the Lead Partner at Liveandwingit Marketing and Copywriting (Nigeria) – a company that offers several business development, content development, market research related services. Need a business plan, SEO content, feasibility studies, white paper report?You are right where you should be!!

KEEP IN TOUCH WITH ME